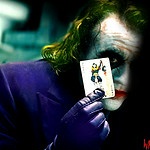 What are your favorite online games?
Video Poker & Slots

How long have you been playing / working in the industry?
Since 1996

This is one KickA$$ Video here folks !! LOL

The Plan to Replace the Dollar With the 'Amero'

The Plan to Replace the Dollar With the 'Amero'

The idea to form the North American Union as a super-NAFTA knitting together Canada, the United States and Mexico into a super-regional political and economic entity was a key agreement resulting from the March 2005 meeting held at Baylor University in Waco, Tex., between President Bush, President Fox and Prime Minister Martin.

A joint statement published by the… Continue

You need to be a member of The APCW to add comments!

I was going to invite you to a $200 Freeroll we had. But the game has come and gone. Next time maybe.

Do you play poker?