Glad to be back as a member - I was a member of APCW years ago when I had my first gaming site. After three years of absence; I'm back. In all the years that I have been a participant in the gaming world, I have found that this group of people are kind and genuinely care about those who are involved in this community as well as their own repective associations.

When I gambled for the first time online in 2005, it was at a Microgaming Casino. Occasionally, I would try other casino software platforms, but never found another that I liked as much as Microgaming. When I was the fortunate winner of a progressive jackpot game called "Wowpot" for $27,000 in early 2006, I really became a loyal fan of Microgaming.

When the U.S. enacted legislation that was feared to ban most online gaming, Microgaming decided to turn their backs on U.S. customers. I… Continue

New site up and running

Well i finaly got my new site up and running although not all links are live and i'm still working on a lot of new stuff, it's at least nice to see it on the net, have look and let me know what you think so far. www.pokercodesindex.com

Remember those Friday night poker games with your buddies? Are you a shark looking for a game anytime? 888.com, the most respected and trusted name in online gaming, proudly presents Pacific Poker, the premier online poker room. Experience the fun and excitement of playing your favorite poker games against other people from around the world, day or night. The games are crisp, realistic and easy to play.

At Pacific Poker you play just the way you like. New to poker? Our lower limit… Continue

I got this one from a friend last night and read it cover to cover. This should help us all get to the next level in regards to marketing on social networks and social media.

It all began when manager Emma wrote me in Skype and offered to co-operate. We began to discuss their LucasPoker.com (Italian poker network) and to speak about that it was Italian poker network, that they were closed and so on. Then we began to speak about conditions. Initial conditions – 30 % Revenue Share, but since we started to co-operate I was offered better conditions and also statistics on players, etc.

Everything seemed to be fine before the first payment. They promised to… Continue

VegasTreasureChest.com sources out International and USA friendly online casino and gambling sites to provide you with a safe, secure environment to have Fun! Bookmark us and check our NEWS or RSS fe…

VegasTreasureChest.com sources out International and USA friendly online casino and gambling sites to provide you with a safe, secure environment to have Fun! Bookmark us and check our NEWS or RSS feed for the latest changes to sites and features. We update regularly as the world of online casinos and poker rooms is constantly evolving. We have special categories for US player friendly casino and poker sites. This list was created especially for US players as not all casinos and poker sites… Continue

If you are not a gambler you may think that playing casino games is just a waste of time and money. But not all casino games required you to pay.

One of my favorite casino game is a slot game. A slot machine game is fun, if you choose this kind of game, you stand to gain many benefits. Why? because playing slot machine game takes your mind away from your daily troubles.…

I have created your private freeroll tournament as you requested in your e-mail below with $50 added to your prize pool from the tournament hosts player account - GamblingIQ and it is open for registration at this time. In order to locate your tournament, click the "Private" tab in the tournament lobby or click on Requests, then Find Tournament by ID.

Lina @ This is Vegas

I'm Lina and will be working alongside Liane as Assistant Affiliate Manager at This is Vegas. 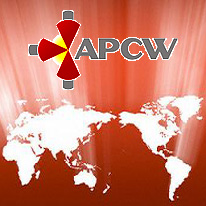 i am in dier need for someone to help in in taking on a poker site that has ripped off hundreds of people but dont really know how to start myself.....my name is mike my e-mail is dealtaker@netzero.com i would greatly appericate anybody that can step up and stear me the right direction in this fight

Check out the new review of Rushmore Casino

Just added a couple of pics of my kids. Terrors the lot of them!! :)

We're Giving Away Billions - Have We Lost Our Minds or What?

Online gambling should be everyones right to enjoy, no less then they enjoy any other form of entertainment. Since we went so far as to make American casinos legal, why not let them go the rest of the way and do it online. It's going to happen at some point anyway, so why not now when we need it the most. How many more unemployed, with time on their hands, are now gambling online? Why in Gods name let all this money out of the country. The offshore casinos are living like KINGS, when we can't… Continue

At the beginning of 2008 I made a very conscience effort to become a winning player. 3 1/2 years of losing, bad bankroll management, no discipline....wow, it added up. So I really applied myself with improving. I surrounded myself with good knowledgable players, joined numerous forums, and just tried to soak up everything thing I could. After a few final tables in some smaller events on Full Tilt in Jan/Feb I began to really focus on Sitngos. I played just under 500 $26 45mans for the year, but… Continue

my name is Ravid.
I was born in 1977 in a Kibbuz (communal settlement) in the south of Israel.

I grew up living and working with plants and animals in a desert
environment.

In school I was attracted to visual arts. Later I studied Computers and
multi-media applications in the Open University in Tel-Aviv and obtained
a degree.

I was always concerned about the less fortunate in society who, due to
circumstances… Continue